The current DAT Report representatively analyses the purchase of used and new cars, and consumer workshop behaviour in Germany. 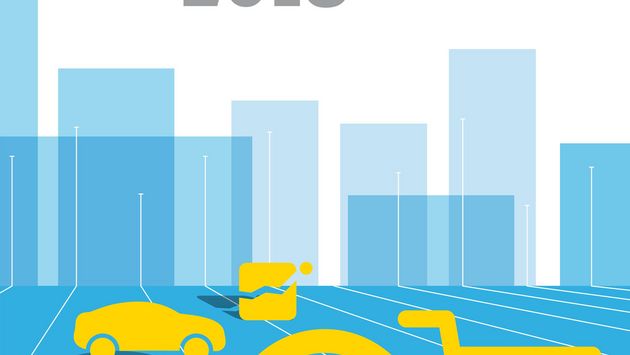 Deutsche Automobil Treuhand GmbH (DAT) will present the current results of the DAT Report in Berlin on 25 January 2018. Around 250 guests from the automotive industry, the media and policymakers will attend the presentation and receive the first exclusive copies of the DAT Report 2018, a consumer study that has been published annually for 44 years. The presentation will also include a discussion panel composed of industry representatives.

The current DAT Report representatively analyses the purchase of used and new cars, and consumer workshop behaviour in Germany. It also provides information on usage patterns and attitudes of car buyers and car owners to their cars.

Separate chapters on diesel and alternative drive systems complement the DAT Report. Below is a selection of the findings.

Attitudes to your own car

Findings on service and repair behaviours

In addition to the above findings, the DAT Report also includes a variety of other topics, such as consumer attitudes to date recorded by their car, choice of motor insurance, knowledge of alternative drive systems, factors affecting the choice of car dealer from whom the car was bought, the importance of warranty, and a detailed analysis of selling your own car. Visit dat.de/report to find out how to acquire the report. A graphic from the DAT Report, including additional details, will also be published separately on a monthly basis.

About the DAT Report

The DAT Report has been published since 1974 and has since become the reliable, neutral source of information on the purchase of used and new cars, and on workshops. It is considered a standard reference of the automotive industry that annually provides accurate information on automotive issues in Germany in a unique manner. Since the inception of the DAT Report, the market behaviour of German drivers has become transparent and perceptible. Hence, this comprehensive study has been established as an important tool for strategic planning in the automotive industry for more than four decades. The DAT Report is consistently based on a representative consumer survey conducted by a neutral market research institute on behalf of DAT.

The current DAT Report 2018, which comprises 84 pages, will be presented to around 250 guests in Berlin on 25 January 2018, marking the start of the new automotive year in 2018. The DAT Report 2018 will be available to the public as of 26 February 2018, subject to a fee. All information on how to acquire the report is available at www.dat.de/report.

The DAT Report 2018 has a new design and new content.

The market research institute GfK surveyed the car purchases and workshop behaviour of a total of 3,979 private individuals for the DAT Report 2018. Face-to-face interviews on car purchases were held with 2,563 people—the only condition was that the car purchase had to have occurred between March and June 2017. The interviews were held between July and October 2017. Questionnaires on repairs and services were sent by post to 1,416 drivers and car owners. Responses were returned in October and November 2017.

Report figures, among other things, will be regularly posted on Twitter (www.twitter.com/datgroup) with the #datreport hashtag. Furthermore, the freeSilverDAT newsletter, which includes additional information from the DAT Report or special topics and flashbacks to earlier years or decades, is published once a month. You may register at www.dat.de/newsletter.

Deutsche Automobil Treuhand GmbH (DAT) is an internationally active company in the automotive industry, with a mandate to collect and process comprehensive vehicle data and make it widely available to the industry, in particular through the SilverDAT® system.

DAT sees itself as an impartial intermediary for all automotive industry stakeholders and has been supported by its partners, VDA, VDIK and ZDK, for over 85 years. This structure has given DAT a unique status and a special mandate within the automotive industry.